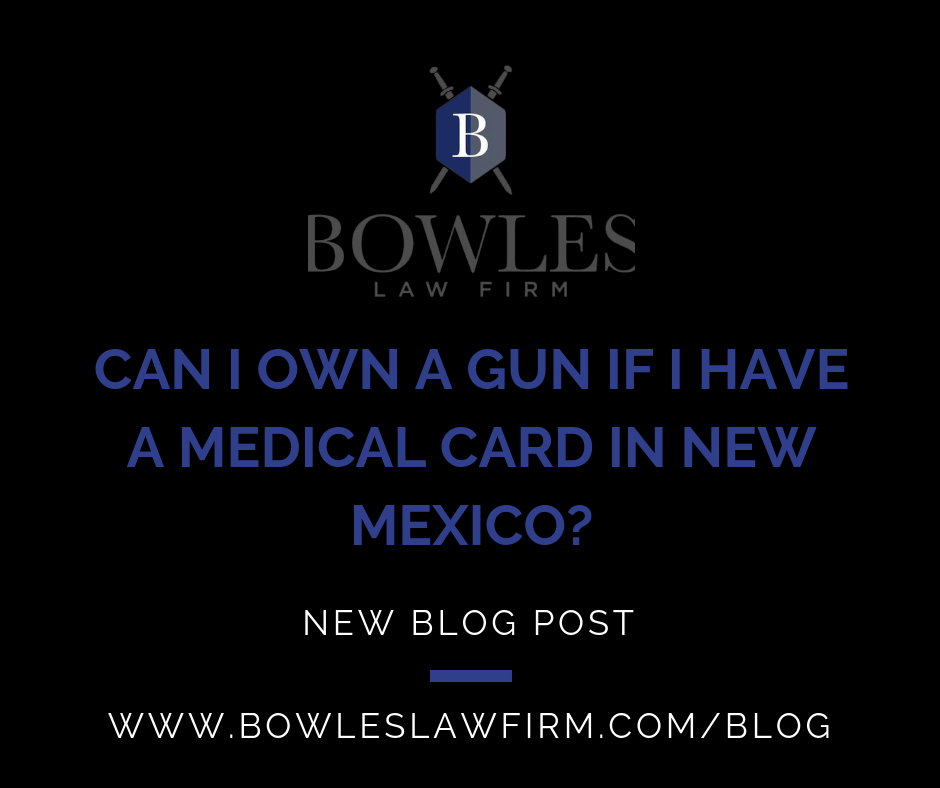 New Mexico has specific policies on gun ownership and recreational usage of marijuana. Guns have few controls, and marijuana is restricted to medical use.

New Mexico permits gun ownership at will and does not restrict the purchase of weapons, including assault weapons. The law permits open carry of long guns and handguns, both loaded and unloaded. Cities and localities may not issue laws restricting the ownership or use of handguns except to restrict the discharge of weapons within their boundaries.

New Mexico has few restrictions on gun ownership and requires a license only for concealed handguns. To receive the state’s concealed handgun license (CHL), one must submit to a background check for mental illness and past criminal record. The CHL also requires gun safety training for those without prior military or police service.

New Mexico makes the medical use of cannabis LEGAL, as you know, with a medical cannabis card, which you may have.  However, marijuana usage is still ILLEGAL under federal law, and marijuana is still classified as ILLEGAL under federal law.  Along with that, the federal gun statutes, specifically 18 U.S.C. 922, makes it unlawful for any “user of illegal drugs…” to possess a firearm.  So the reality is, that if you USE marijuana with your medical card, and you have a firearm, you are violating federal law.  You are not violating NM state law, but you would be in violation of the federal statute.  Now, the ATF has not extensively pursued cases against persons who possess a medical card and have firearms but there have been occasional federal criminal prosecutions for violations of this statute.

In conclusion, it is important to understand the laws for Gun Ownership Medical Card New Mexico.  Those who have had issues with gun ownership or marijuana laws in New Mexico can contact Bowles Law Firm for legal assistance from a criminal defense attorney in Albuquerque. We are also the medical malpractice attorney New Mexico negligence victims rely on and the wrongful death attorney for Albuquerque surviving families. Moreover, if you need an auto accident lawyer in Albuquerque or an experienced personal injury attorney for Albuquerque cases, call us to get the assistance you deserve. 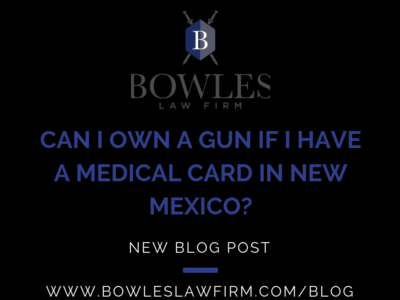 What should you do if you are stopped for suspicion of DWI?Previous Post
What is the federal tort claims act?Next Post